A note before we begin: This product has reached end of life, and has now been replaced by the current Aldelo Express. Please contact our sales department for more information. 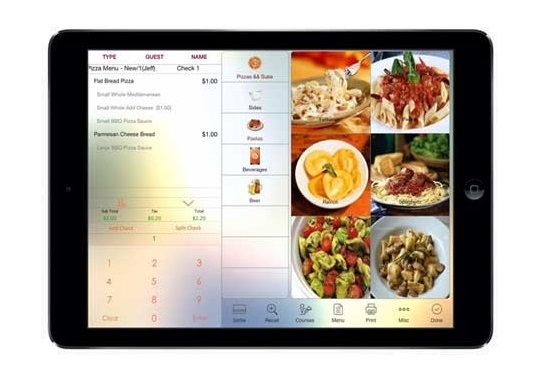 Aldelo Touch is powerful point of sale software that's excellent for restaurants and bars. Aldelo is traditionally known for it's strengths in unlimited menu and item configurations, and Aldelo Touch is no exception. Integrating the menu with your inventory within Aldelo Touch is straightforward, and the menus are very customizable. It easily handles complex orders with multiple modifiers.

Aldelo Touch is compatible with stations running full Aldelo Pro on PC, so you can have multiple software stations in one business, or integrate an iPad station with your current traditional point of sale station.

Credit card processing with Aldelo Touch is done through Aldelo EDC. EDC licenses can be purchased separately, or are included with certain new merchant accounts (including Sterling, OpenEdge, Vantiv, and others. See Aldelo POS Pro for more info on EDC).

Aldelo Touch only lists official compatibility with receipt printers. If you're looking for other hardware to use with Aldelo Touch (such as a cash drawer), please see below for more details.